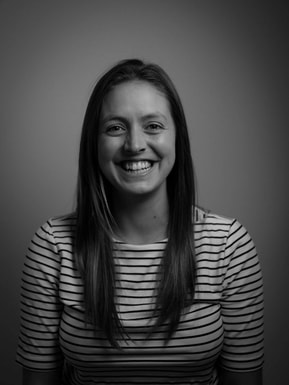 Annika Andresen is currently undertaking her most exciting project yet,
​creating a newly established organisation Inkfish that with be launching later this year.

She was Head of Programmes Discovery at BLAKE NZ, sharing her passion with thousands of Kiwis to their marine environment. Her interests in design, communication and the aquatic environment have led to integrating scientific exploration with visual storytelling to enhance knowledge and understanding of the ocean to a broader public consciousness. After two and a half years, the NZ-VR programme taught over 40,000 students across the North Island of Aotearoa, New Zealand.

Annika holds a Master of Architecture degree with First Class Honours, where her thesis investigated the role architecture plays on the connection people have with their environment. During her studies, Annika worked as a dive instructor for Dive Tutukaka, an aquarist at Kelly Tarltons Aquarium, hiking guide for Active Adventures and was the President of the Auckland University Underwater Club. She has volunteered for Northern New Zealand Seabird Trust, Experiencing Marine Reserves, Ghost Diving New Zealand and the Cancer Society.

In 2016, Annika was selected as the Blake Antarctic Ambassador working alongside BLAKE, Antarctica New Zealand and the New Zealand Antarctic Heritage Team down in Antarctica working on Sir Edmund Hillary's TAE Hut at Scott Base.

Annika was awarded Westpac New Zealand Women of Influence Youth Award for 2019 and has been selected as the first ever Global Underwater Explorers NextGen Scholar. In 2021, Annika become one of the Girls that Scuba Ambassadors, the largest global community of female scuba divers.
​Using her natural enthusiasm and infectious personality, Annika hopes to educate others to understand and cherish our unique environment to better protect it for the years to come.
CONTACT